This weekend marked the beginning of the new NFL football season. Sunday, as I watched, my vise was smoking. I whipped up seven flies while the Seahawks whipped up the Rams.

Up first is an exact replica of a streamer I invented and had good luck with at the Snatch. The fly saw plenty of bites before being retired. After this one, you'll see a couple more with slight variations. Generally, I like the light color. 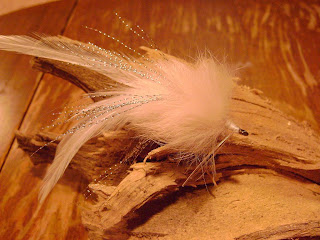 The tail is three saddle hackle feathers and some krystal flash, the body is rabbit zonker. All on a 4/0 hook. Here it is wet. 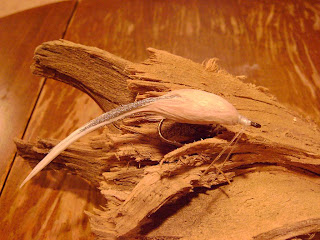 Here is a slight variation. This time I used a bunch of marabou for the body, and snuck in six peacock hurl. I also downsized the hook to a #4 Mustad streamer. Next time I tie it, I'll add more hurl. 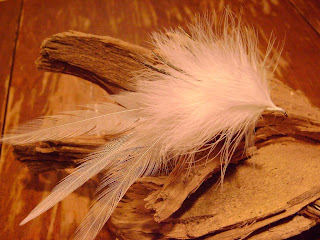 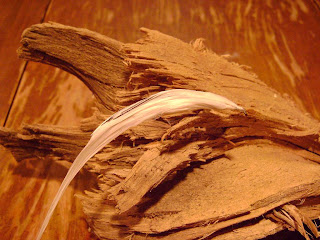 And the last light variation. This time I used rabbit, marabou and flash for the body over a hackle tail. This one is also on a #4 Mustad streamer. 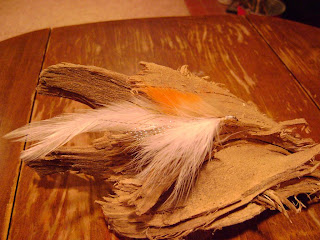 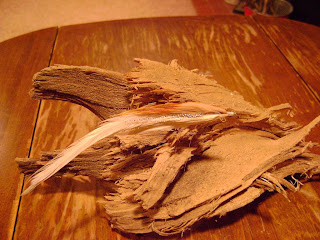 I carried the light colored theme of the night when I tied a Barr's Meat Whistle in light colors on a #1 plain shank. 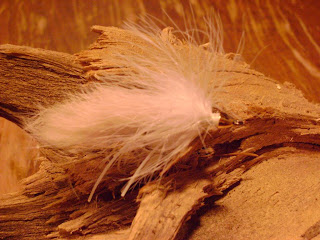 And finally the coup de grace. What sort of fly tier would I be without my own mouse. Here is a very simple topwater fly to tie. What you need is a natural colored rabbit zonker strip, some fly tying foam and a hook. I simply tie on a "shaved" zonker strip for the tail, then tie in a couple strips of foam. Then I wrap the foam with the zonker strip.

This fly made it's first appearance back in January and I've since perfected it. One lesson is to use a light wire hook, I use a #1/0 Aberdeen. Also I've found Rabbit zonkers alone are a little buoyant, but without the foam core the hook is too heavy to keep this fly up. I have tried this fly with good luck as a subsurface, but adding the foam makes it deadly. You really need to tie one and see it in the water. 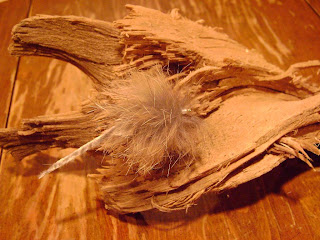 I'm curious if anyone has seen a mouse like that. Any name suggestions? I think Clif's Mouse will do for now.
Posted by Clif at 9:40 PM