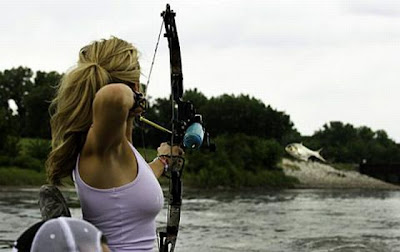 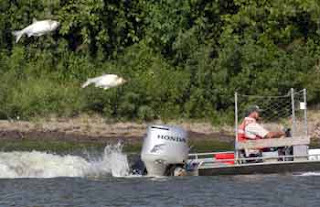 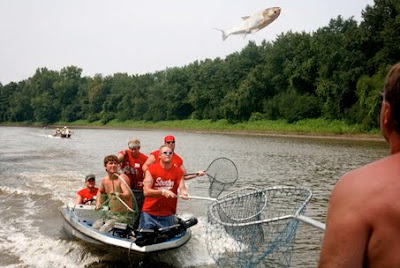 So far we've seen Asian carp tournaments where the winning boat brought in 4150 fish and a few entrepreneurs have created a booming "aerial bowfishing" industry.  With today's news, it seems the market for Asian carp meat is flirting with maturity. Yea capitalism!
Posted by Clif at 7:15 PM