One of the problems I've found here in central Illinois is that the stores only sell trout flies, but we don't have any trout. If you want a bass bug you have to go on-line or make your own. So this year, a Christmas request I had was fly tying kit. Unfortunately Santa didn't come through. However, my in-laws did come through with a Gander Mountain gift card so I went out and purchased one yesterday. I spent most of the night playing around with it. I started out easy and followed the step-by-step instructions to tie a Woolly Bugger. It's kind of ugly and when I tie the next one it will be much better. 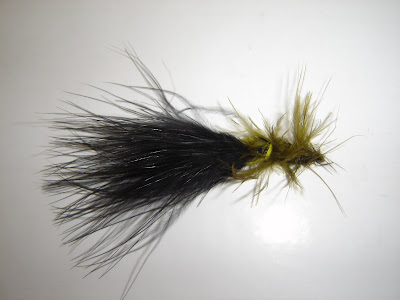 Then I got a little more advanced. I tied the following two Clouser Minnows without step by step instructions, but I did use a picture. 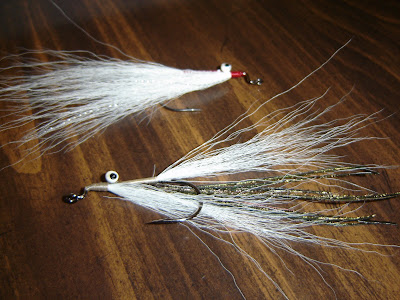 And finally I really stepped out of the box, I tied the following creature. I got the idea from a funny little fly I couldn't even begin to describe that Dave tied, but this is entirely different. In the short amount of time I've been looking at bass flies I've seen nothing like it, so I think I'll call it Clif's Crawdad. The only thing I think I will do differently next time is to make it weedless with a loop of heavy-weight mono and I'd like to see what it does if I move the weigh closer to the middle instead of near the eye. There are probably many ways to get the same effect, but this is how I did it: 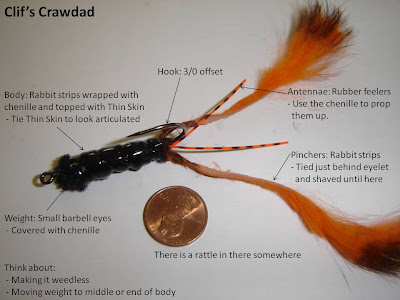 Here is my first attempt at using MS Movie Maker...also Lunkerhunt's first video. I felt a video was required to do this thing justice. Here's hoping it works! 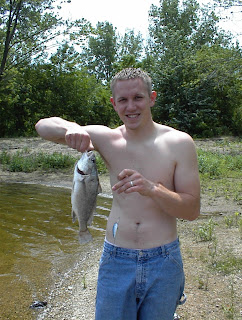 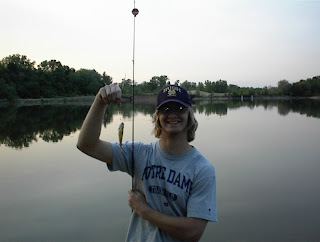 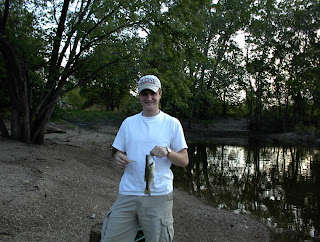 I got an artsy feeling, so I pulled out my Nikon and a few of my more photogenic lures. Here are four of the best shots I got. They are of an old crankbait I have but don't use, one of my largest spinners and my Spook Jr.

Edit: There are 4 pictures, if you see less hit the refresh button. For some reason it's not loading them all on my computer....hmm 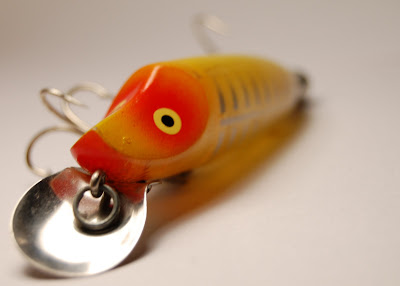 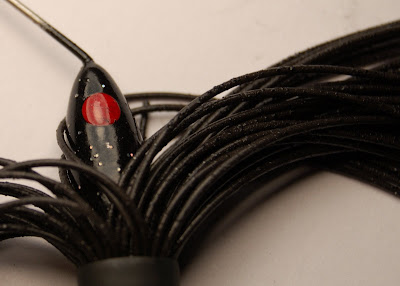 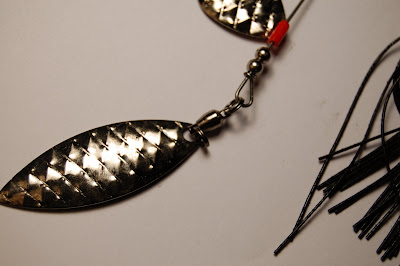 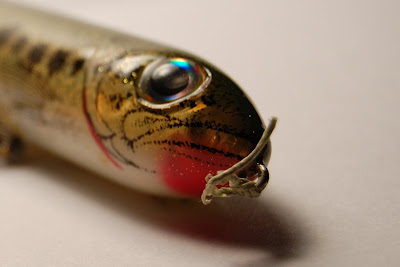